Skip to main content
It looks like you're using Internet Explorer 11 or older. This website works best with modern browsers such as the latest versions of Chrome, Firefox, Safari, and Edge. If you continue with this browser, you may see unexpected results.

For help with using the IRIS Faculty CV module

The Integrated Research Information System (IRIS) project was started in 2012 to put in place a comprehensive and integrated system to serve the University’s growing needs in the area of research management and administration, and to increase the productivity of researchers and administrative staff through automation and tools. The project was initiated by Office of Integrated Information Technology Services (IITS) with the participation of the Library and the Office of Research.

The project was awarded to Thomson Reuters using the platform called Converis. Conversis was later acquired by Clarivate Analytics.

The IRIS Research Publications module was available as beta release on 4 October 2015 and went live on 4 January 2016. IRIS is currently on version 5.10 of Converis as of 8 June 2017.

The IRIS Faculty CV Module will be available as beta release on 16 October 2017 and is scheduled to go live in Nov 2017. 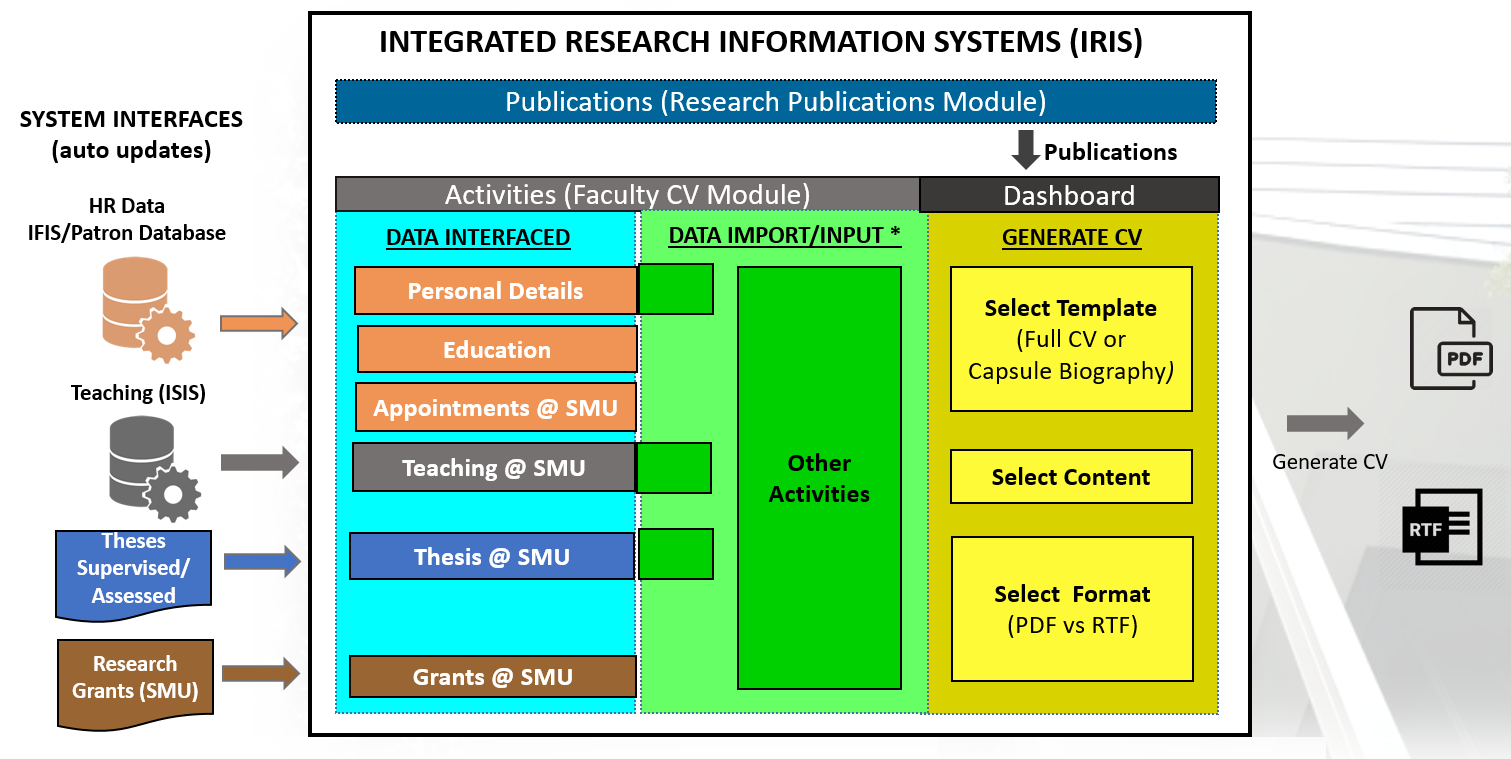 External driven entities come from other SMU systems such as ISIS and IFIS, are populated automatically by SMU proprietary data interface links. The automated interface links are carried out once daily. There will be some records of several entities such as Thesis and Dissertation would require editorial involvement even after data ingestion.

After the data ingestion, IRIS will provide data treatment for processing data into various CV entity records. Each entities will form the information rendered on various CV sections.

When you login, you will see any items that have previously been uploaded.