How do I Locate Case Law?: Case Names & Citations

Guide to locating case law within the Library's collection.

When searching for a case in a database, you can enter the case name or case citation into the search box.

3. Once you have entered the relevant search term, click on the correct case to read it. 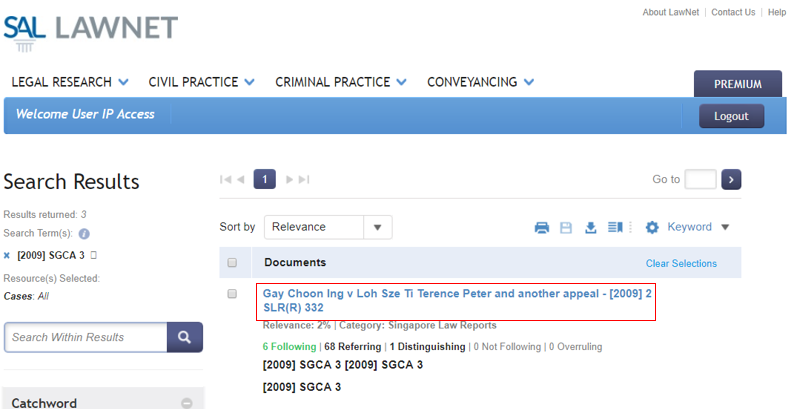 4. The full case will be displayed upon clicking. 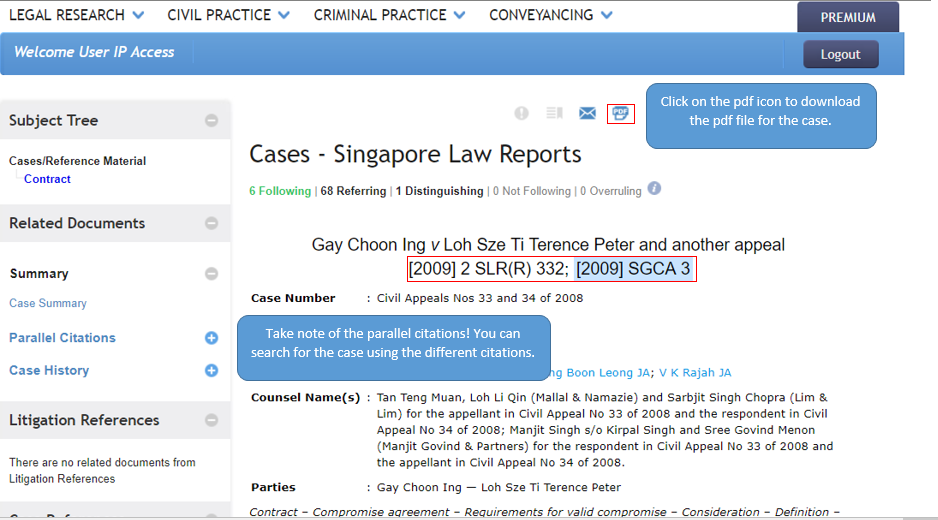 Cases are referenced using a case name and a citation.

The case name consists of the names of the parties involved in the court case. For instance, a Singapore case name will look something like this

In the above example, the case involves two private parties.  This is a civil case.

In a criminal case, the State brings an action against an individual or organisation.  Here is an example of a Singapore criminal case name:

Below is an example of a UK criminal case.  ‘R’ stands for Rex or Regina and represents the King or the Queen.  In the UK the monarchy is the head of state.

Cases can stretch over a lengthy period of time. Different parties may have the same name, and the same party may be involved in different cases. It is therefore often insufficient to locate cases with only the case name.

Hence a case citation is also necessary. This citation identifies where the case was reported and how you can locate it.

The reported case citation tells us where to find a case if it has been reported.

For example, the citation for the case Chwee Kin Keong and others v Digilandmall.com Pte Ltd is as follows:

This citation tells us that the case may be found in volume 2 of the Singapore Law Reports (Reissue) for the year 2004 and that it starts on page 594.

An unreported case will not have a reported case citation but all cases have a neutral case citation - which are used to locate cases online even if they have not been published. The neutral citation of the case Chwee Kin Keong and others v Digilandmall.com Pte Ltd is as follows:

This citation tells us that this was the 71st case in 2004 decided in the Singapore High Court.

Here are some examples of case citations for other jurisdictions. 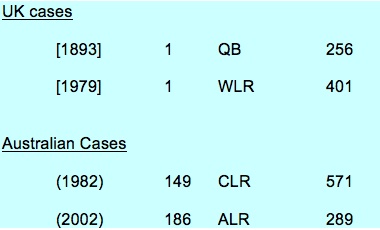