This guide provides you with resources to help you differentiate between fake news and genuine sources of news and information.

Fake vs Real News: The Truth is Out There

This research guide was created to help you distinguish between real and fake news articles when searching for information. A series of guidelines and resources are also provided to help you in evaluating your information sources. Scholarly articles are also not immune to the fake syndrome and this guide identifies characteristics to look for when trying to identify peer reviewed scholarly articles.

This guide was created by Sumita Govindan.

What is Fake News?

What is Fake News?

The Collins English Dictionary defines fake news as "false, often sensational, information disseminated under the guise of news reporting". The term fake news is not a new term but it gained traction during the 2016 U.S General Elections. It is important to note that fake news is not news you disagree with, it is not news at all. It is content generated by non-news organisations to drive eyeballs to ads (e.g. clickbait) or to spread false information (rumours, conspiracy theories, junk science, and propaganda, for example).

From Alternative Facts to Urban Legends

This guide provides you with a glossary of all the new and not so new terms and their definitions associated with fake news.

How to Spot a Fake News Article

10 Questions to Ask Yourself 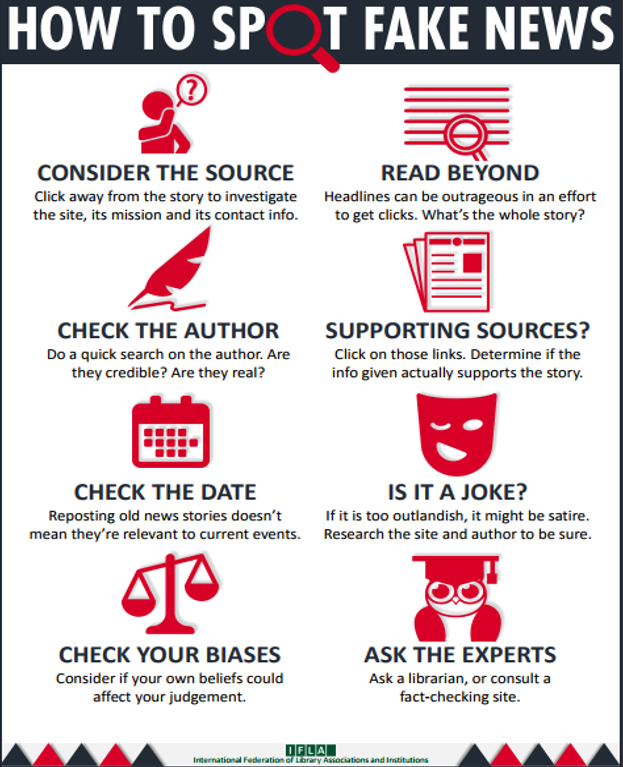