This guide provides useful information and links to resources on Cambodia.

These videos show the distinct cultures, belief, values, and norms of Cambodia.

Pradal Serey — a type of kickboxing from from Cambodia. Also known as Kun Khmer

Bokator - a form of kickboxing

Follow in Mark Wiens journey as he headed over to the main Kampong Cham market to do some shopping for the Cambodian food cooking with his host family, and learning about the Cambodian culture.

In this graceful dance-talk hybrid, artist Prumsodun Ok, founder of Cambodia's first all-male and gay-identified dance company details the rich history of Khmer classical dance and its current revival, playing the ancient and ageless role of artist as messenger. Find out more from this video.

Probably the most popular Cambodian dish. This dish is composed of a rich and creamy curry like sauce that is the perfect balance of ginger, lemongrass, turmeric and coconut milk. This is usually served wrapped in a banana leaf and isn’t too spicy.

This popular Khmer dish is often eaten during breakfast and is sold in the streets early in the morning. This dish is made up of thin rice noodles topped with a green fish gravy with lots of fresh bean sprouts, banana flowers, cucumbers and a wide array of green vegetables.

This dish is a take on ceviche as they take thin slices of beef which is marinated in lime juice with lots of shallots, garlic, fish sauce, basil, mint, and bell peppers. Be warned, this dish almost always comes with a kick!

Unlike its Thai counterpart, Khmer curry doesn’t have the tendency to blow a hole through your mouth. Often made with either chicken, beef or fish, this dish is made with potatoes, coconut milk, lemongrass, and a special Cambodian ingredient, kroeung.

This is grilled pork that is marinated in coconut milk and garlic. This dish can be found everywhere on the streets and is served with broken rice along with fresh vegetables. The beef is really flavourful and tender due to the coconut milk. 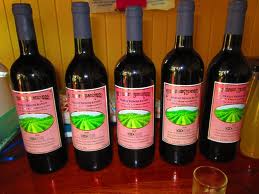 Cambodia can produce grape wine with export standard, called Prasat Phnom Banon grape wine, the first ever wine locally produced in Cambodia in which breeds of grape are imported from various countries such as, USA, Australia and France. 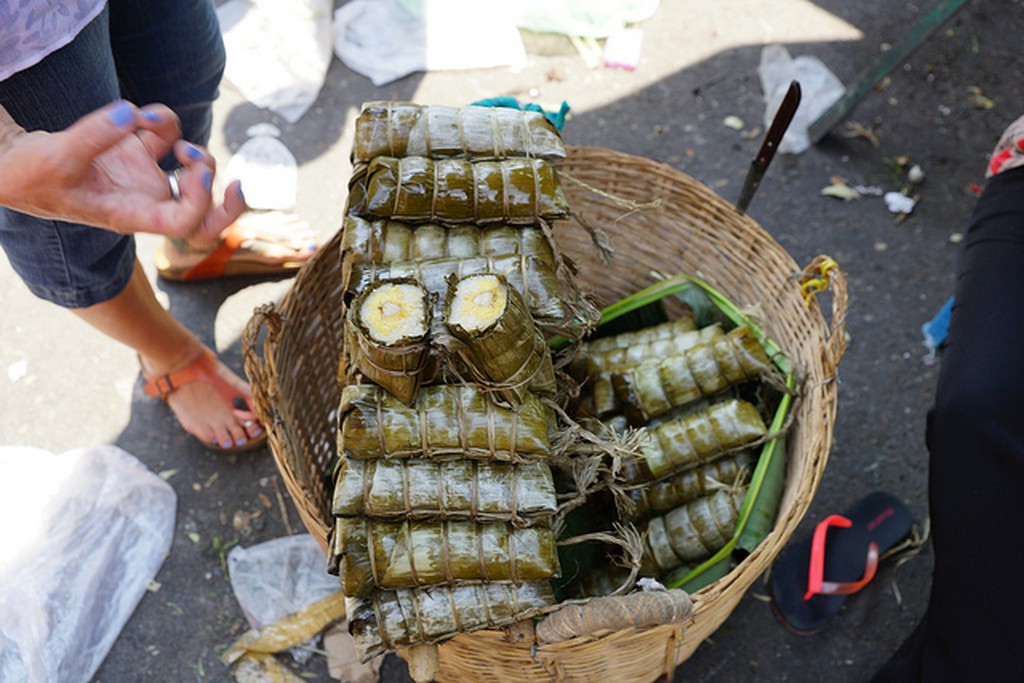 Num ansom chek is one of the most common desserts in Cambodia. The rice cake is filled with bananas to sweeten it up before being wrapped in banana leaves, steamed and served. Particularly popular during the Khmer New Year and Pchum Ben holidays when they are taken to pagodas and given to monks as offerings.

A four-part series, Glamorous Cambodia showcases the people and culture of Cambodia, its ancient heritage and information that most people probably won’t know. Part 1: Paradise on Earth.

A four-part series, Glamorous Cambodia showcases the people and culture of Cambodia, its ancient heritage and information that most people probably won’t know. Part 2: Homeland

A four-part series, Glamorous Cambodia showcases the people and culture of Cambodia, its ancient heritage and information that most people probably won’t know. Part 3: Homemade and Handmade

A four-part series, Glamorous Cambodia showcases the people and culture of Cambodia, its ancient heritage and information that most people probably won’t know. Part 4: Brave Heart